A major fire broke out on our client’s site during maintenance of a waterjet tank. The fire-fighting water contained different concentrations of product and fire debris (soluble and insoluble carbon pollution) in addition to an emulsifier, which was usually biodegradable.

Nevertheless, the presence of surfactants (with foaming and emulsifying effects), combined with mixtures of products washed and drawn in by the operation, had generated effluent, which was hard for the site’s existing water treatment plant to deal with in its current form, specifically because of its trickling filter. 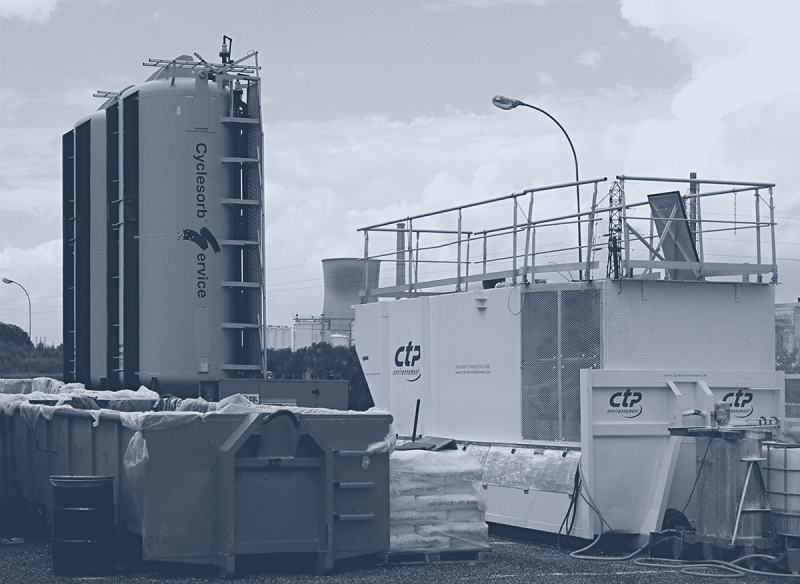 CTP environnement deployed a Clearflow® mobile unit to minimise the foaming (emulsifying) properties of the effluent. This physico-chemical treatment, combined with an activated carbon filter, was designed to eliminate as many pollutants as possible before discharge to the plant’s biological treatment plant. This plant was not able to process such a large load impacting its performance and therefore compliance with discharge standards being put at risk.

The work was carried out successfully and it was possible to discharge the effluent to the biological treatment plant with the following reductions (without filtration through an activated carbon filter):

News
Success Story: Behind the scenes of MIXMOBIL®

Discover a visual review of 10 beautiful years of activity!

One of the key services in our historic business!