Chemical circulation during a maintenance operation

Chemical circulation during a maintenance operation

Our client discovered holes in heat-exchangers within the steam generation circuit for 3 fired heaters of a steam cracker unit. He conducted thickness checks which revealed a loss in the thickness of tubes and the presence of corrosion on the hot side of one heat exchanger. After repairs involving metal work and boiler work, CTP environnement was contracted to carry out pre-passivation on couple pieces of equipment - two fired heaters and after the replacement of the third fired heater.

CTP proposed a passivation of the following equipment: 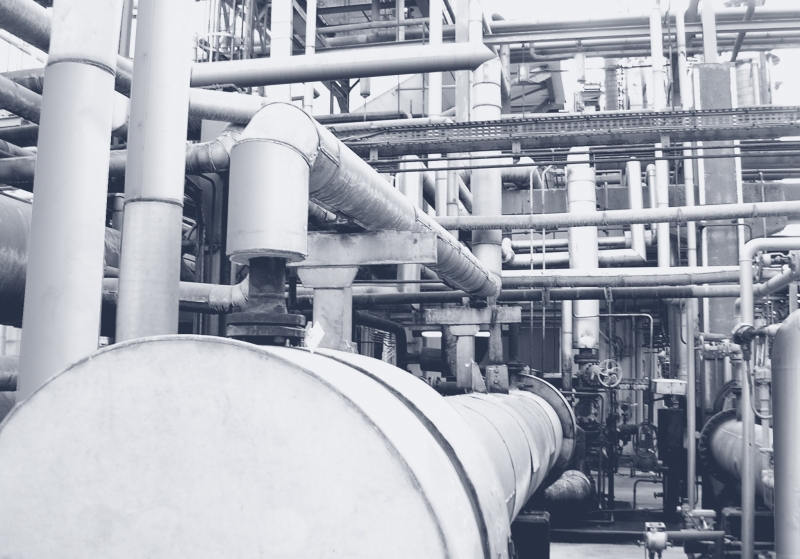 Satisfactory circulation with a controlled flow at each point of the circuit is key to effective treatment, enabling all localized corrosion phenomena, which may have a detrimental effect on the integrity of the equipment during operation to be prevented.

During operation, circulation within this equipment takes place naturally due to a difference in density. In order to reproduce exactly the same physical principle and to ensure appropriate circulation, CTP environnement simulated evaporation by injecting a gas (air or nitrogen depending on the cleaning stage) to create a density imbalance within the equipment, thereby causing the movement of the chemical solution and the desired circulation.

The use of this temporary circuit guaranteed uniform circulation, which was monitored by infrared thermometers throughout the operation. The sensor couplings used and opening the tank at the end of the operation revealed the effective passivation of equipment.

News
A new location in Canada

CTP environment continues its expansion in Canada with the opening of a new office/warehouse in Edmonton !

More
News
Success Story: Behind the scenes of MIXMOBIL®

Discover a visual review of 10 beautiful years of activity!